Jason here. I think that everyone on Council wanted to save turtles, but the issue was sent back to the committee. This Is a good time to wonder if the committee system is working. Set up to fill an obvious need for some forethought, the system was designed not to rob Council of making important decisions- and this was certainly an important decision. As the mayor reported- would it not be more useful to give the amount of money involved. ($62,000) to a homeless shelter? Perhaps committees should give options instead of voting on controversial issues. However, if u have an an environmental issue you wish to pursue it is wise to pursue it at this committee- members;Neill, Glover,Berg, Hector, Hutchison. It does not include the biggest environmentalist- .councillor Osanic, and in a left/ right views it is fairly well balanced.

This,appearances to the contrary, is an important issue that when it finally comes to a vote, will show Councillor’s colours. We will have red light cameras to catch offenders who run red lights, IF we can find 10 intersections that merit them. This perceived safety measure is designed to,put money in the city’s kitty, as infractions would more than pay for the cost of the cameras plus installation (so the report says) But we won’t have a question on the ballot in the upcoming municipal election on whether future elections should be on a city- wide or ward basis. The most noticeable aspect of this acrimonious debate was Councillor George’s dislike of Councillor Neill’s Williamsville emphasis. He, Councillor George, thought this emphasis is at the expense of the rest of the city. One could just as easily say that Councillor George was ignoring the inner city. Is this a left/ right split or an inner city/ west end split? It will be interesting to see where the votes fall when Pittsburgh is divided into two when the population there builds up. Councillor Scott voted ‘no’ to the referendum seeing no advantage for the rural part of the city. Thus the question was lost. 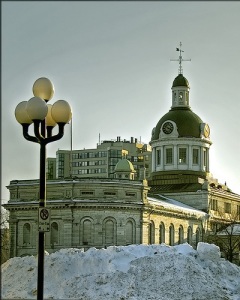